As many of my followers and friends know, running is something that I have only recently taken up within the last 9 months or so. It's a hobby and habit that I've become addicted to since my time in Korea and has carried over to my time here in Florida. While I haven't had as many opportunities to get out and run races, I've been doing my best to just find time to RUN! This is still proving to be a bit of a challenge, but hopefully will start to work itself out here in the upcoming months.

While I was in Korea, a bunch of my friends were raving about this race called the Color Run that was sweeping across the nation. Every major city in the US was hosting this race, known as "The Happiest 5K In The World!" Now I was definitely intrigued and looked into it more and found out that there was going to be a Miami version in October! I immediately informed the other members of the AmeriCorps group down here and started a team. Our team, Crank Up The Color, ended up attracting 15 members.

Last Sunday, October 21st, was the big day! We headed down to Miami bright and early (before the sun was even up) and made our way to the Virginia Key Park. The park was littered with thousands of white-clad, spirit-weilding participants that were ready to get their color run! One of the unique things about the Color Run is that it's not really a race. It's an event that allows its participants, dressed in predominantly white attire, the chance to complete a 5 KM course while being doused in colored powder every kilometer. At the KM 1, we were showered with yellow chalk-like powder; KM 2 brought out the orange coloring; KM 3 presented us with blue; and KM 4 was full of pink funness!

Now the real fun began once the race course had been completed. After participants finished walking/running/skipping/dancing through the course, we were all treated to an after-race mosh-pit/concert/color extravaganza. The DJ and his helpers would throw little packets of the color powder out into the crowd and every 15 minutes or so, there would be a color explosion as everyone would open up their packets and send the contents shooting into the air and breeze. There was one color throw in which the sun was actually blotted out for a good 20 seconds!! Talk about intense!

We had so much fun and thoroughly enjoyed ourselves. This was the jumpstart to my racing career here in Florida. I'm planning on doing another 5K on Thanksgiving Day called the Turkey Trot with Kourtney, another AmeriCorps member. There will also be other races as well, including one in December around Christmas time, a possible half-marathon at DisneyWorld, and a Mud Challenge Run, similar to the Tough Mudder, at the end of March with my roommate Kevin. All will present their own challenges, but I'm stoked be back in the running mode and mindset!

Enjoy the below photos from the Color Run! 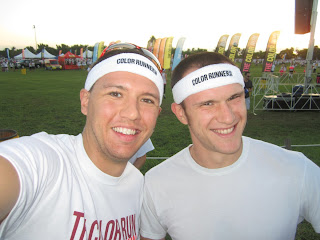 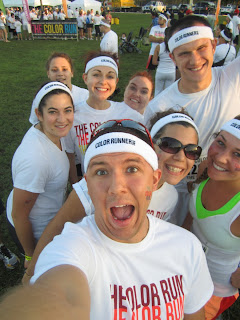 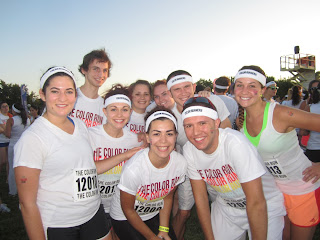 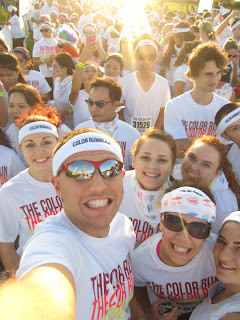 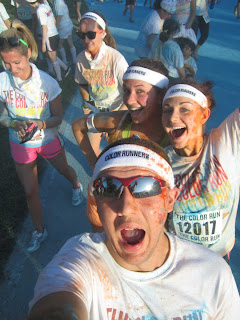 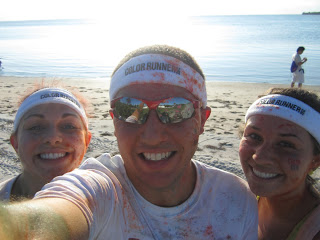 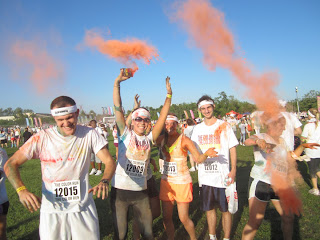 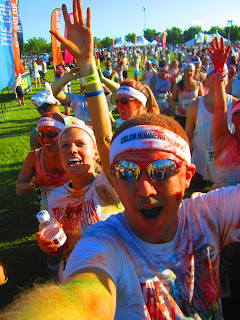 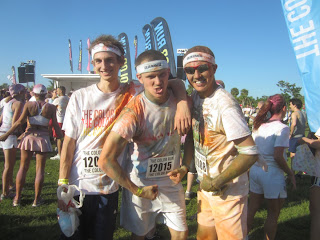 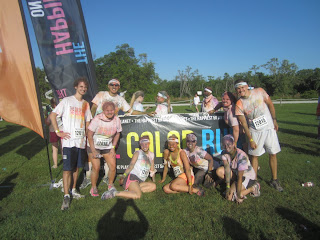 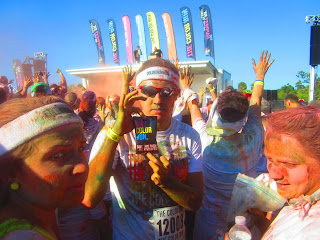 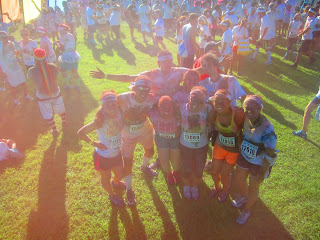