Everyone has those friendships that end up lasting no matter what. You could go years without physically seeing each other, but once you are reunited, it’s like things have never changed. I have one of those types of relationships with Elizabeth. No matter where we end up in life, we’ll always be able to just pick things up from where we last left things off. I’ve been super lucky that I’ve gotten to see her multiple times over the past year few months (St. Patrick’s Day and Savannah) and can now add another visit to the list – Columbia, SC.

Elizabeth is currently in grad school at the University of South Carolina, pursuing a master’s degree in the geology field so that she can make the big bucks someday. This provided Cathy and I with the perfect opportunity to stop by and visit for a few days as we continue on our way up to PA! It was awesome as always to see her and meet some of the new people that she’s met during her time in SC.

We rolled into Columbia Sunday night and were immediately treated to a feast of hot dogs, mac ‘n cheese, and grilled peppers. Her friends JD, Matthew, Lee, and Trenton, along with her cousin Cara who was visiting for a few days also joined us in for this fun. Following our scrumptious dinner, we partook in the card game Pegleg and a game of Intense Charades, which definitely lived up to its name. All of this intense activity definitely wore us out, but not before taking a late night dip in the pool at Elizabeth’s apartment complex.

The next day (Monday), Cara, Elizabeth, Cathy, and I headed to the USC campus, where Elizabeth gave us a quick, abbreviated tour of her new home. We then headed out to the Riverbank Zoo and took in the sights and sounds that this enjoyable animal sanctuary had to offer. We saw lions and tigers and bears (oh my!), among many other animal types. It was a bit of an extension from our Disney safari, with a few added bonuses. 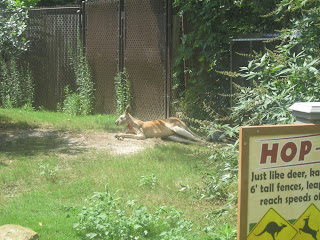 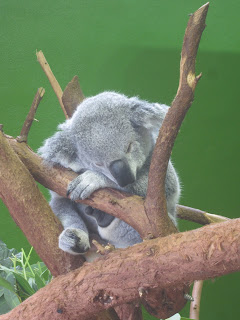 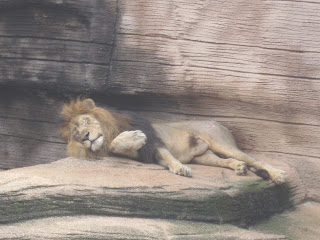 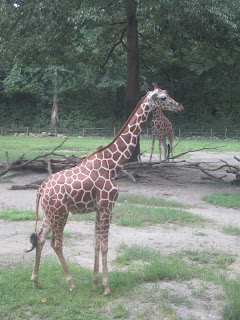 Following the zoo, we headed to Maurice’s BBQ Joint for some southern style BBQ. It definitely did not disappoint! We made a quick stop at the USC football stadium before Elizabeth had to run Cara to the airport. Cathy and I headed back to Elizabeth’s apartment, where I promptly took a 4 hour nap while Cathy entertained herself with a plethora of movies. 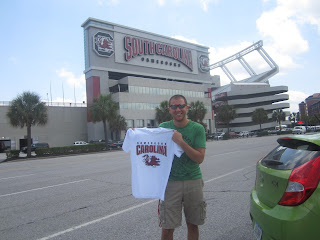 Once Elizabeth returned from the airport, we headed out to grab some pizza and drinks with JD, Lee, and Justin (a friend of Elizabeth’s former roommate Victoria). These guys had participated in trivia at Village Idiot (the name of the restaurant) and had won! As a prize, they had $30 to spend at the establishment. As an added bonus, it was BOGO night, so two large pizzas and 5 beers later, our total cost was $5 – my kind of deal!

Once we finished our pizza, we headed up the road to The Publick House, where Lee, Cathy, Elizabeth, and I took part in our own game of trivia. Our team name, Pepperidge Farms Remembers, was a hit with the announcer and obviously brought us a bit of luck, as we finished in second place amongst about 15 teams! Our reward was a $20 gift certificate that Elizabeth will have the pleasure of using in the near future. 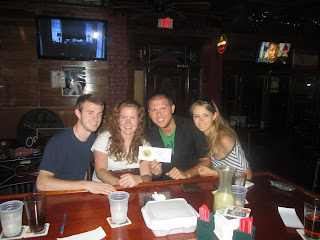 After a pleasant visit, albeit way too short, it’s time to hit the road again! Next stop is Washington D.C., where Cathy and I will take in the national monuments, museums, and pay a visit to my old babysitter, Rosa. Can’t wait to tear up the nation’s capital!
Posted by Michael Owen at 4:57 PM