Faces of Repelón: The Secretary

As my Peace Corps service comes to a close (only a little more than five months left), I wanted to take some time to focus on the people that have helped to make this experience so special and amazing. One of the main projects that I have undertaken during my time here is teaching English to approximately 30 community members, split over two different courses. These students have become very important to me and have helped shape not only my service here in Colombia, but also my views of the people of this beautiful country.

As a tribute to these amazing students, and as a way to give everyone a better idea of the people that I have been interacting with during my time here in Repelón, I am going to highlight a different student each week that I am currently working with. Hopefully these little snapshots will give everyone a greater idea and apprecition of the absolutely phenomenal people that have continued to amaze and support me.

Sitting in the back of the classroom, quietly observing the other students, 23-year old Johana Peña Ujueta is the ideal student. Always on time and courteous, she diligently attends class, takes notes, and participates when asked to do so. Sometimes her quiet demeanor can be deceiving, but her perception and ability to understand new cocnepts makes her a success both in and out of the classroom. 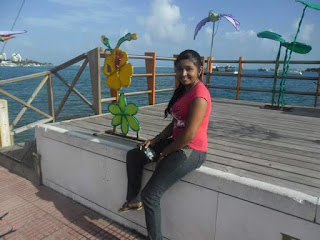 Born here in Repelón, Johana actually had the privelege of spending the majority of her childhood on the breathtaking island of San Andres, a Colombian gem off the coast of Nicaragua. She remembers walking along the sandy beaches with her older sister, Angelica, and younger brother, Ubaldo. Swimming in the ocean and throwing handfuls of sand at each other, customary actions for any child, were always a part of trips to the beach. 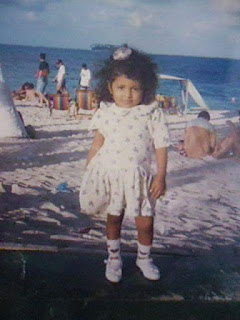 When not doing pirouttes in the water or exploring hidden caves and other exotic locations along the beach, Johana loved playing baseball with her mother, soccer with her parents and siblings, and with childhood dolls with her sister. PLay time eventually gave way to an education, where Johana excelled. At school, she aboslutely loved attending math class, but, interestingly enough, hated her English clases. Luckily, that isn't the case anymore!

Following high school, Johana moved on to college, where she received her degree in System and Technological Adminstration. She possesses a vast technical knowledge, ranging from graphic design to commercial web applciations, along with an understanding of Office 2010. All of these skills, plus more, have helped her flourish in her current job as a Technical Administrative Secretary at the local Repelón City Hall.

Despite not growing up in Repelón, her recent time back in the pueblo have reinforced her appreciation for the charisma and gentleness that the people here possess. Despite the extreme heat (it's good to know that foreigners aren't the only ones that are negatively effected by this!), she enjoys knowing she is helping to colaborate with people that want to better and advance the lives of the local people. 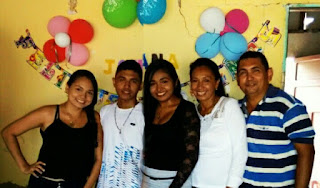 One of the things about Johana that I find most interesting is the fact that she is even in my class. As stated earlier, she despised her English classes. Just hearing the word "the United States" made her angry. Part of the reason was because it was forced upon her at school. She didn't have the option to learn other languages that she was more interested in. However, over time, those ideas have changed. As she grew up, she began to realize the advantages to having an understanding of English and eventually developed an interest in visiting Disneyland and Hollywood. Along with the USA, Johana would also like to visit Brazil, the Bahamas, France, and Dominican Republic.

It's always interesting to me what the motives students have for learning another language. In Johana's case, a childhood disgust has slowly turned into a new love and enjoyment. When classes first started, she never really particpated or provided answers. Her dedicated attendance told me that she was serious about learning. Little by little, her amount of participation has increased. It all cumulated into her volunteering to complete a review sentence last week for the very first time! I was so proud to see her finally have enough confidence to put herself out there. I'm excited to see just how much more she grows over the next five months! 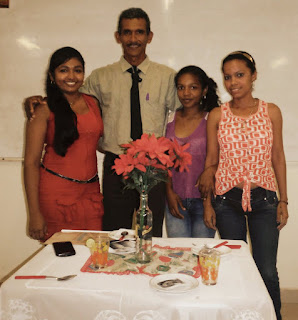 Posted by Michael Owen at 8:52 AM No comments:

For the Love of the Game

Over two years ago, when I received my official invitation to serve with the Peace Corps in Colombia, I knew that there was one thing that I was going to have to learn how to fake: a love for soccer. The immense popularity of this sport in this country is second to none. Life stops with the Colombian national team plays anyone. However, here on the coast, the real passion and enthusiasm comes for their local team, Junior.

Based out of Barranquilla and a member of the top Colombian professional soccer league, Categoria Primera A, this team has the ability to capture costeños all over the coast on game day. Serving as the main Caribbean team in its league, it’s not hard to identify Junioristas. Donning the red-and-white striped jersey, complete with a cartoon doll’s face on the back, fans either flock to the nearest television set or Estadio Metropolitano Roberto Meléndez, to catch the latest game.

Since my arrival here in Colombia, I have wanted to see a Junior game live and in-person. I have spent the last year and a half plus watching games on TV, while listening to my counterpart gripe over a loss and rejoice over a victory. Finally, the perfect opportunity presented itself. My neighbor, Jaime, and two of his cousins were heading to an upcoming game. He asked me if I wanted to come along and I jumped at the opportunity. Derek and I headed up to Barranquilla in preparation of the big game.

I never truly realized just how much soccer really means to Colombians until this experience. As Derek and I were trapped in horrible traffic on our way to the stadium, Jaime was continually blowing up my phone, wanting to know where we were. He was afraid of not being let into the stadium due to a misprint on our tickets (they said that the game started at 7 pm, instead of the correct time of 8 pm). This was my first clue as to just how important this game really was to him and his cousins.

When we finally arrived, we headed straight to a jersey vender so that we could purchase the much coveted red-and-white apparel. Now that Derek and I looked the part of die-hard Junior fans, it was time to enter the stadium. You could feel the excitement for the match mounting as we neared the entrances. Our seats were on the south side of the stadium. When I had informed my counterpart that I was attending a Junior game finally, she gave me one piece of advice: avoid the south side of the stadium! I quickly realized why she offered me this warning.

Sitting in the second level, we had a perfect view of the field. With one of the goals directly in front of us, I really couldn’t have asked for better seats. Directly below us were the insane, ride-or-die fans that did not sit down the entire match. Complete with a band consisting of trumpets, clarinets, saxophones, and enough drums to wake the dead, they cheered and sang through the entire match, never once stopping. Heck, they even sang and danced through the Colombian national anthem!

The game itself was fast paced and really entertaining. Luckily, we didn’t have to wait too long for the first goal. About 5 minutes in, one of the Junior players lofted a perfectly placed kick just over the outstretched hands of the opposing goalie. The stadium, which ended up being about 75% full, erupted in an euphoria of cheers, screams, and dances. It was unlike anything I had ever seen before. The passion of these Colombian soccer fans far outshines that of those matches and I attended in South Korea. The best part about the goal was that it happened right in front of us! Bonus!

Junior would score one more time before the end of the first half and went into halftime up 2-0. But the excitement and entertainment didn’t stop there. Down below us, a few of the “crazies” got a little too rowdy. An entire section cleared out in a matter of seconds as police in riot gear descended upon the assailants. As that was getting sorted out, a former Junior player, who was apparently just amazing, suddenly appeared in the crowd. This appearance caused the entire upper deck where we were sitting to rush forward to the front of the balcony and lean over to get a look at this dude. However, they failed to take into account the humans that were already occupying this space, mainly Derek and myself. I’m just super happy that I didn’t crack a hip or a rib.

With the start of the second half, order was restored to the stadium as everyone settled in for another 45 action packed minutes of soccer. Despite the lack of more goals, the ferocity of the players did not disappoint. The tenacity in the stands was also an eye opening experience. With every near goal or poor pass, I was instantly surrounded by sighs, shouts, and exclamations of disbelief. This astute attention to the game and every detail just further proved to me that these are some of the most dedicated soccer fans on the planet.

The game ended with Junior in front by the same 2-0 score. Happy red-and-white fans slowly filed out of the stadium, eager to celebrate the latest victory with a cold one and some street food. This first Junior experience was an amazing one that I will not soon forget. I absolutely cannot wait for the next opportunity to cheer them on!

Posted by Michael Owen at 8:10 PM No comments: