AmeriTrip: I Got The Red Badge!!

Road trips are some of the most amazing things that anyone can ever do! Being able to explore new areas with great people is always a highlight of my summer. Anytime that I can take part in one of these epic journeys, I find it really hard to say no. This summer is one of those examples.

Cathy and I are embarking on a three week trip that will take us through 7 states with the ultimate destination being Pennsylvania. We embarked on this craziness Friday with our first stop being the most magical place on this planet: Disney World!

Cathy’s friend, Chris, was once again a gracious host and not only provided us with lodging, but also free entry into the parks. So, on Saturday, Cathy and I spent 14 glorious hours soaking in as much Disney magic as we possibly could. I’m pretty sure that we were successful in this endeavor!


Our day started at the Animal Kingdom, were we dominated the DinoLand amusement rides (including back-to-back ventures on the spinny roller coaster one), conquered Everest Expedition, became giddy along with the cast of the Lion King show, took a ride through the African Safari, and got wet on the Kali Rapids in the heart of Asia. 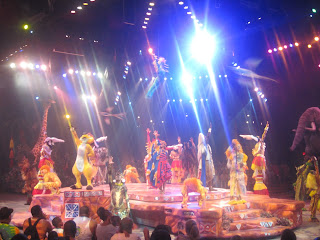 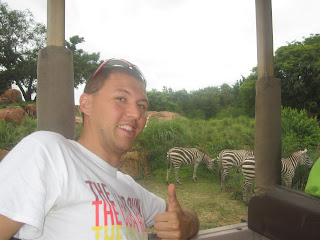 It was at Animal Kingdom that I became a bit obsessed with the red badge. This badge is used to help determine wait time in lines for the amusement rides. When we got on the Everest Expedition ride, the patron in front of me received the honor of wearing and then presenting said badge to the person at the end of the ride. This red badge haunted me all day, as park-goers all around me showed off their prizes, much to my displeasure. More on the badge in a bit…

Once we had hooped and hollered all that we could at Animal Kingdom, we made our way over to Hollywood Studios. Here, we braved a death-defying ride on the Tower of Terror, grooved along with Aerosmith on the Rock ‘N Roller Coaster, enjoyed some classic movies on The Great Movie Ride, and racked up points with Woody and Buzz at the Toy Story Mania 4-D attraction. 2 hour wait times diminished around us as we powered through all of these attractions in about 2 ½ hours! 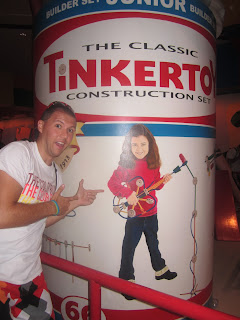 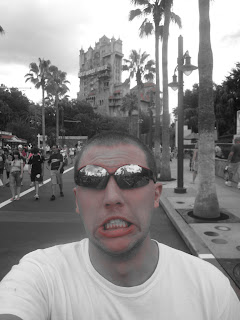 The last stop of the day took us over to the Magic Kingdom. A littler rain couldn’t ruin our enjoyment of this staple of Disney World. We blasted off on Space Mountain, drifted our way down Splash Mountain, chugged along the Big Thunder Mountain, and conjured up some spirits and ghosts at the Haunted Mansion. Now it was also here that my night was truly made…


As we were getting into line at Splash Mountain, the attendant at the front was holding one of the coveted red badges, just waiting to present it to a lucky ride goer. By this point, we had met up with two others, Amanda (a friend of Chris’s) and her friend Alex. The attendant handed the badge to Alex, who promptly passed it off to me! My mission and day were complete. Some people go to Disney to see Mickey, Tinkerbell, or Goofy. Me, I go to get a red badge! In my state of euphoria, I accidentally forgot to turn it in – looks like I have a keepsake forever and the new wait time at Splash Mountain just went up to about 8 days! 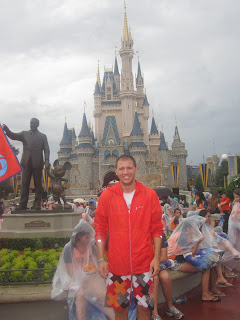 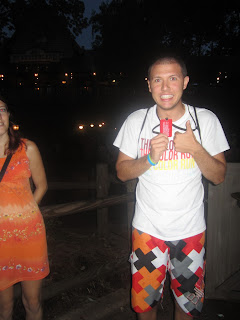 The night was capped off by a sparkling and breathtaking fireworks display with Cinderella’s Castle as the centerpiece. We braved the throngs of people exiting the park, had a late night dinner at Steak n’ Shake (no worries Erin – Cathy finally had her milkshake!), and then passed out back at Chris’s. The next leg of the journey takes us to Columbia, South Carolina to see Elizabeth and her roommate Victoria. Can’t wait to see what fun and excitement await us there! 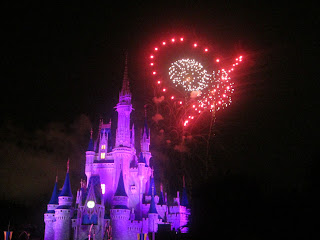 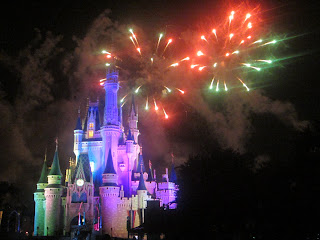