Cherry Blossoms.
They line the National Mall in Washington D.C.
They dot the entire country of Japan.
They were the focus of my weekend trip to a town called Jinhae.

This past weekend (April 7-8), I headed down to Jinhae with Mitch, Travis, Megan, and Steve to take in the Jinhae Cherry Blossom Festival. The town of Jinhae is in southern South Korea, about an hour west of Busan, a popular beach town on the peninsula. We had heard rumors that the blossoms may not be in bloom yet, but luckily for us, they were out and blooming in multitude! 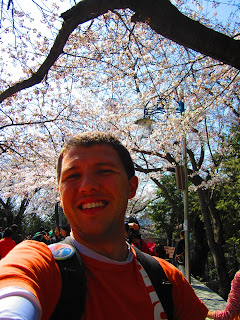 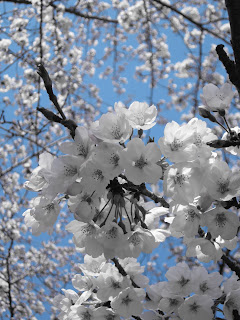 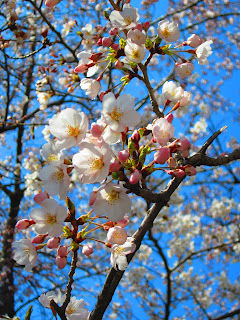 Now the blossoms were absolutely stunning during the day. We managed to make our way around the festival with ease. It felt like I was back home. Jinhae definitely had a small town feel to it and it was nice to be surrounded by that. Seoul is so busy and so cluttered at times that being able to just walk through the streets without being bumped and pushed in a million different directions was so refreshing!

We made our way to the center of the festival where the stage and a bunch of tents were set up and what did I run into?? Mannam people from Busan! It was super super cool to see other members of this amazing volunteer organization helping spread the group and support such an awesome festival! I was even interviewed and talked about my thoughts on the festival and Mannam in general. Who know, they may use my comments in their next promotional video!


Not only were the blossoms cool to check out during the daytime, but they really popped under the lights that the nighttime brought with it. Along the little stream just north of the main festival area, the trees were filled with various lights and even a laser show down at stream level! Mitch and I spent a few hours taking pictures and taking everything in. I got a chance to try out the awesome new features on my new camera and actually captured some pretty cool shots! 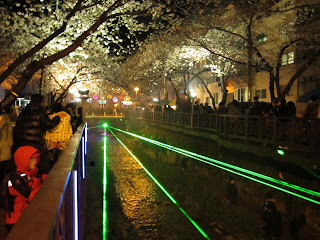 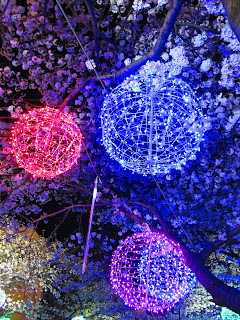 That night, we ended up staying in a jimjilbang, which is a traditional public Korean bathhouse. Most offer gender separated saunas, showers, and hot tubs. The other features (Karaoke, sleeping rooms, various dry saunas of different temperature, etc.) are all co-ed. These are a popular place for Korean families to stay at while they are on vacation because of all the options they offer, along with the cheap and affordable price. This was my second time staying at a jimjilbang and this one wasn't as nice as the first one, but it served its purpose.

The next day (Sunday) was spent just roaming around the town and taking in the sights, sounds, and smells of the festival. We made our way onto the Naval Base and were treated to streets just lined with cherry blossom trees. All in all, it was a very relaxing, lazy day that was very much needed. It was so nice to get away from the hustle and bustle of Seoul for one weekend and get back to Mother Nature.

The upcoming weeks are filled with tons of activities and will definitely keep me busy! Here's the future schedule:

Saturday, April 14th: 10KM Walk in Their Shoes (this event is designed to raise awareness for countries that have been recently devastated or effected by natural disasters)
Saturday, April 21st: Yeoido Cherry Blossom Marathon (my first official 10 km run!!)
Bukhansan Oak Tree Event (going to one of the most popular national parks in all of Seoul and going to wrap some trees with biodegradable paper to help stop the spread of oak wilt disease)
Sunday, April 22nd: Matt's Birthday (Happy B-day Bro in advance!)
Friday, April 27th: My parents arrive for 10 days! Super excited to show them around Seoul and take a 4 day trip to Jeju Island, just off the southern coast of South Korea!

With so much going on in the upcoming weeks, you can all expect many updates! Spring has finally sprung!!
Posted by Michael Owen at 8:43 AM